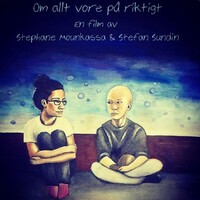 Six years ago we filmed a short film with the title "If everything was real". The film was inspired by a young boy, Tim Ahlgren. He was diagnosed with cancer and struggled with it until the day he passed away. Along the way, he supported and helped others, and his joy and strength is something that made me (Stephane Mounkassa) feel that I wanted to share his story with others.

How can you be so strong and help other people, when you yourself were so weak?

We, Stephane Mounkassa and Stefan Sundin, will now make a feature film about Tim's story, so that his story has the opportunity to be shared and inspire people around the world.

For our short film, we received financial support from the Childhood Cancer Foundation, Djurgården Football, Gröna Lund and Filmstaden, which made it possible to make the film a reality. They were also clear in pointing out that such stories are hardly made this way in Swedish film.

This is a film that depicts an important and tough subject from a positive / magical perspective where children and young people can get a platform to re-ventilate their own experiences without having to think that it is taboo. The magical realism allows us to escape from reality at times, and feel joy and warmth and spread that energy further, just as Tim did.

We quickly realised that we were not done with the story. We managed to reach out to so many children, young people and adults who genuinely told us how the film affected them in a positive way even though it is about the difficulty on how to deal with death.

So for us, it was a no brainer to explore the story in a longer and bigger format. Stephane Mounkassa (screenwriter, director and producer) has written the script together with his playwright Ylva Gustavsson. The feature film script has received four different script scholarships, including Anders Sandrew's Film Script Scholarship, which is Sweden's largest, and we developed the script with them for a year.

We felt ready to present the project to the Swedish Film Institute, and we had a meeting with a consultant, but fell on the finish line, which was like an incredible blow to the stomach. After six years of work, we came to the crossroads where we had to decide whether we should scrap the project or get the production together and make it ourselves.

It did not take long before we decided on the latter. After a lot of hard work, planning, castings and phone calls, filming locations and equipment have been arranged. The main actors are ready and some companies have chosen to support us to make this film. Finally we get to shoot our feature film about Tim.

Right now we are working on the last parts of the feature film, and it is here where we need YOUR help.

In order to complete the project, we would need to gather SEK 66,700. We hope you feel like this is an important topic like we do, and that you want to support us and our film with which we want to inspire and give support to everyone who has gone through and still goes through what Tim and his family did. 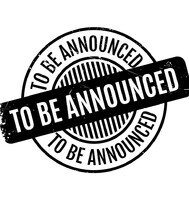